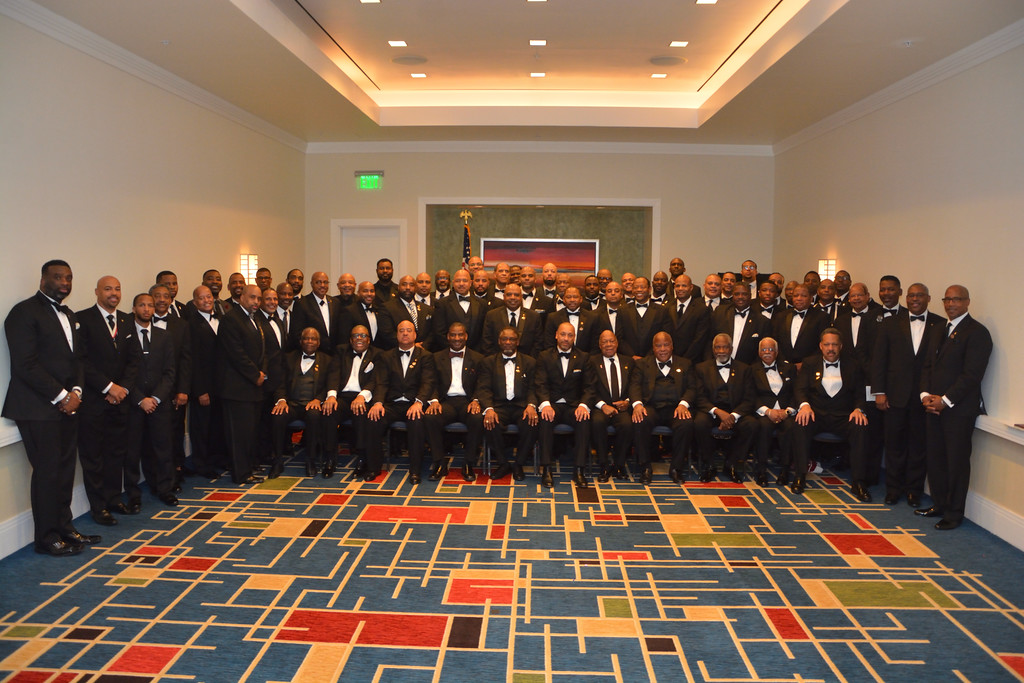 History of The M.A.C.K.
The Atlanta chapter of Kappa Alpha Psi Fraternity Inc. was founded in 1921. For a period spanning sixty years this chapter had the distinguished honor of being the first as well as the only chapter in the metro Atlanta area. Along with the aforementioned honors however, the Atlanta chapter has always been noted for significant contributions ranging from monetary assistance to the underprivileged to counseling youth.

As time progressed, fraternal participation increased with the founding of the Decatur chapter and College Park Chapter in 1981. College Park consisted of mostly Military brothers in Southwest Atlanta. The Decatur chapter was comprised of energetic brothers who enthusiastically greeted future events and projects. During its relatively brief history, The Decatur Alumni established a reputation as one of the most successful chapters in the Southeastern Province.

The Fraternity’s ranks continued to grow in 1988 as the Stone Mountain Chapter was founded, followed shortly by the Alpharetta-Smyrna chapter in 1989. The addition of these two new chapters was rejuvenating and unifying, because it exposed the need for coordinated activities among the alumni chapters.

Discussions were held on several occasions regarding the coordination of selected events among the alumni chapters.  These discussions resulted in plans for future coordinated events.  The Decatur chapter implemented these plans by hosting Founders’ Day in 1990 and inviting other chapter to participate. Each chapter participated with the exception of Atlanta alumni.  The following year, (1991) the Atlanta chapter hosted the Founders’ Day with all chapters participating in the planning and implementation.  It was decided at those planning sessions that each chapter would host, and plan this event on a rotating basis.

In January 1991, James Griffin, Polemarch of Stone Mountain Alumni and Daryl Berry also of Stone Mountain discussed ways of uniting all four chapters on a permanent basis.  Many ideas were discussed, and it was finally decided that a New Year’s Extravaganza would be the best mechanism for obtaining this objective.  This is an annual event held by the Philadelphia alumni that raises substantial revenue for the fraternity.  For this event to be successful we felt that there must be a common goal.  After much deliberation, it was decided that a fraternity house for the metro Atlanta area would be most feasible for the purpose of unification.

During the following two months, the ground work was laid to create an atmosphere of cooperation and comradely among the chapters.  There were private meetings between brothers, and chapters supported each other by selling and attending various inter-fraternal functions.  On March 16th, 1991 at the Decatur Alumni Scholarship dance, James Griffin and Daryl Berry presented the concept of uniting all four chapters to Stan Gay, Polemarch of Alpharetta-Smyrna and Eugene Anderson Vice-Polemarch Decatur Chapter.  All parties involved embraced the idea with great enthusiasm, and scheduled a meeting on March 20, 1991 at the home of Daryl Berry to discuss the concept further.  At this meeting the idea of the New Years’ Extravaganza would be presented.

After much deliberation and discussion, everyone agreed that the time was now to form an organization of this type. Our focus was expanded to include not only the New Years’ event, but community involvement and city wide reclamation. At this meeting, the organization known to many of us today as the METROPOLITAN ATLANTA COALITION of KAPPAS, (M.A.C.K.) with the blessings of William Kenneth Jackson was officially created.